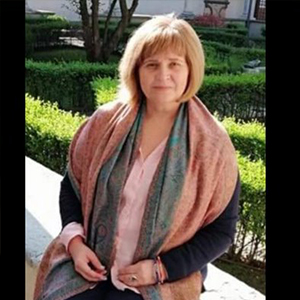 I met Dr Lyudmila Klasanova more than a decade ago at the Centre for Eastern Languages and Cultures of Sofia University “St. Kliment Ohridski”. From the very beginning……Read More

I met Dr Lyudmila Klasanova more than a decade ago at the Centre for Eastern Languages and Cultures of Sofia University “St. Kliment Ohridski”. From the very beginning, she impressed me with her in-depth and true interest in the Eastern cultures, in the spiritual teachings of India and especially in yoga. This interest of her was underpinned by an equally profound knowledge of the essence of these spiritual teachings and of the universal value of their philosophical messages. A praise worthy product of this not-so-common combination between intense, heartfelt dedication to Eastern spirituality and academic erudition was her PhD-thesis on the Female Figures in Buddhism in India and Tibet. I am delighted to have had the privilege of being a reviewer of her doctoral work. But I am twice as delighted that Lyudmila has proven herself as a respected university lecturer and at the same time – as a talented yoga instructor who, thanks to her charismatic behaviour, makes a valuable contribution to the promotion of yoga in Bulgaria and beyond.

And this magnificent book of her, inspired by the greatest treasure in her life, her son Kalsang, is Lyudmila’s next step in her striving to make yoga attractive and easily accessible to more and more people in the West. The exquisite colourful illustrations spread out cheerfulness and optimism, and the entertaining story of the little hero leads the kids on the path of yoga, which does teach them on tolerance and inner harmony, as well as does instill in them a sense of connection to other living beings and to the universe. Because yoga is not just one of the many spiritual teachings, it is not just a physical practice, performing of one or another asana, yoga is a complete life philosophy, a way of thinking that can unfold the entire inner capacity of human consciousness.

Therefore, I congratulate the author of the project and her publisher for this noble endeavour and sincerely wish good luck to the book “Do You Want to Try? Yoga for Kids”